Work in the last month or so has focused almost entirely on 30506. The centre casting was repaired to wasted areas, cleaned to remove all traces of swarf then lifted back into place for the final time with the gantry; the next time it comes out will definitely not be our problem! Once correctly aligned, the casting was fixed to the frames with locating bolts in every other hole which were then pulled up as tight as we could possibly get them. Finally, it was time to start riveting. Rather than the laborious method of heating rivets with gas, we had gained permission to use the railway’s electric heater. What a machine, a 3.5 inch x 1 inch rivet is red hot within a few minutes! One team member places the rivet, another is straight on to the head as a holder-up and a third/fourth member knocks over and dresses the rivet. Once an area has been riveted as far as possible, the accommodation bolts (by now no more than finger tight) are removed and those holes riveted. It’s hard work but by following the company protocol and not rushing, we have not had a single failure. As with everything in life, experience always improves productivity. When we first started I think we put in 4 rivets (to be fair, by the time we got everything set up and tested it was late afternoon). In contrast, the last Sunday of July we turned over 29. The achievements for the month were thus: 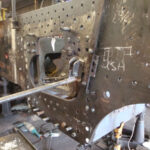 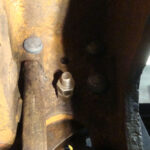 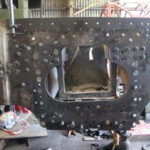 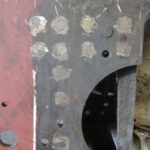 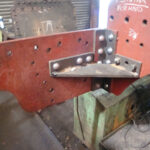 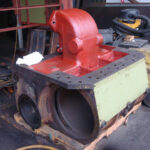 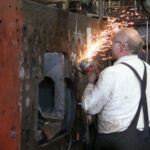 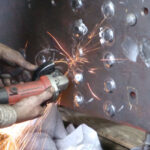 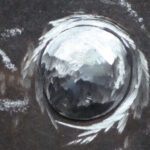 56 thoughts on “Time to start riveting”